It seems Ringless Voicemail can’t make it to court. No matter how hard it tries. Millions of calls. Can’t even get a citation. No vexatious litigator will touch it. No consumer will file papers, no class action. No judge has even let Direct-to-Voicemail near their chamber doors. Yet some companies still aren’t using it. Retailers like Walmart and financial institutions like Wells Fargo are setting new court fine records every day with their own calling techniques. Debt collectors have been taken to the cleaners over outrageous moral behavioral breakdowns. Threatening, cajoling, ruining people’s lives. All with well known “sure to land you in court and lose” contact methods.

Voice broadcasting to cell phones? Guilty. Calling at all hours of the night? Unashamedly. Legal teams for every type of TCPA industry have approved every type of failed communication method on the planet.

So how can Ringless Voicemail lose again? A perfect track record uniformly being shut out of court. Never being allowed to get into the game. A lot of companies are waiting for some legitimate legal signal that Ringless Voicemail is safe to use. A sign from authorized institutions. Something definitive. Damn, this never knowing if Ringless Voicemail will ever win. That’s an “L” in my book. They can’t even get a crack at defending themselves like any other well respected TCPA defilement procedure. 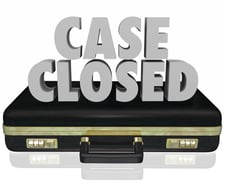 How does Ringless Stay out of the courts?

Attorneys in the know tell me Ringless Voicemail would be quickly dismissed if anyone was short-sighted enough file a complaint and go to court. Because it never actually touches the wireless network. It’s a server-to-server voicemail communication. It’s not a mobile call, so nobody wants to bring legal action.

How will Ringless Voicemail continue to stay out of court?

It seems voicemail itself is regulated by something called “Enhanced  Information Services.” Every type of enhanced information service has been re-regulated at some time; e-mail under CAN-SPAM, text through case lawand FCC updates. But lonely enhanced information voicemail has never been touched since its inception 30 years ago. Nothing. Nada. No re-regulation or even affirmation of regulation – less a few casual FCC references years ago – to voicemail. I’m told this makes it as far outside the realm of the TCPA as a phone communication can be. Another reason Ringless can’t get into the courtroom.

Does a confused cell owner count as legal action?

I hear a rumor that a consumer wanted to know it their cell phone was broken. Because it never rang when the message arrived. He was upset that he wasn’t interrupted. He was on the other line and not so much as an intrusive beep. No opportunity to break his concentration. Just a polite delivery sitting there, waiting to be heard at his convenience. When and where he was ready. All very distressing.

What every court and judge in the country has to say about Ringless.

Nothing. Ringless doesn’t even warrant an examination from anyone other than the FCC – and even they can’t find anything wrong with it after careful review.

If Ringless can’t get to court, why does our lawyer not let us use it?

Your legal advisor still makes $400 per hour no matter what he or she recommends. So of course they’ll say “no”. Wouldn’t you? You mention “voicemail” and “lots of them” in the same sentence, you’ve lost legal. Discrete delivery? In one ear and out the other. Polite communication? Can’t hear it. No complaints? Ya right.

Ringless Voicemail: The most enthusiastic bench player ever.

The best-prepared communicator in a bunch of communicators. Magical cell inventory penetration. Overwhelming positive response from cell owners. Never so much as a complaint. Can’t get in the game. Can’t get on the field.

And the coaches that have given this player a chance won’t talk about it.

They’re laughing all the way to the bank. 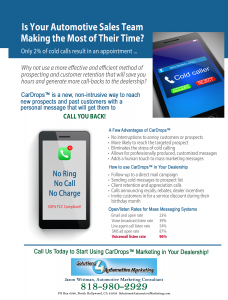